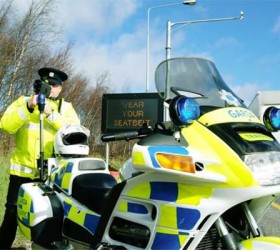 on Oct 7, 13 • by John • with Comments Off on Gardai launch Casualty Reduction campaign


The implementation of the Casualty Reduction campaign over the past four years has yielded a significant reduction in serious injuries and fatalities. However, unfortunately, 2013 has seen an overall increase in road fatalities in the Dublin region, 14 to date, which is an increase of 6 on this time last year. The...
Pin It

The implementation of the Casualty Reduction campaign over the past four years has yielded a significant reduction in serious injuries and fatalities. However, unfortunately, 2013 has seen an overall increase in road fatalities in the Dublin region, 14 to date, which is an increase of 6 on this time last year. The Casualty Reduction Implementation campaign for October and November is aimed at reducing deaths and serious injuries. 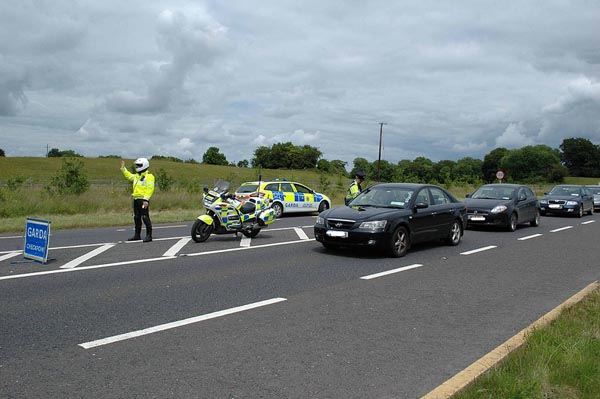 The campaign will be implemented on a 24/7 basis. The plan is receiving Multi-Agency support from Transport Authorities, Local Authorities and Transport Stakeholders. Each organisation is contributing in an effort to make our roads safer for all road users.

An Garda Síochána have identified the top ten locations for speeding in the Dublin areas. The Swords Road, Whitehall is the worst where drivers have been identified travelling on average 28.4 km/h in excess of the posted limit. These locations in particular will receive targeted enforcement.

The Railway Procurement Agency in conjunction with Dublin City Council and An Garda Síochána will shortly introduce automated red light running detection on Queen Street and Blackhall Place. These are key junctions and many thousands of commuters are inconvenienced every time the Luas trams are involved in an incident. There is also a very serious risk to life when these incidents occur. This can all be avoided if motorists/ pedestrians obey the traffic light signals. In the interim Gardai will operate in plain clothes and in uniform, monitoring compliance with the taffic light.

Chief Superintendent Aidan Reid said today: “Our Casualty Reduction campaign is in effect a collision reduction strategy and our aim is to prevent collisions from happening in the first place. This makes the roads safer for us all. All the local authorities, Public Transport providers, National Roads Authority, Road Safety Authority are playing their part in this campaign. The publicising of the top 10 speeding locations, full use of both marked and unmarked Robot safety camera vans and LUAS red light running operations will assist us in our goal. The public also have a big part to play and together we can save lives and reduce the number of casualties”

Chief Superintendent Reid continued: “People make mistakes and these mistakes cause collisions and cost lives. If we work harder and pay more attention to safety on the road, we can turn that into saving lives. This campaign is summed up in the poster – Dublin has the safest Roads of all EU Capital Cities. Let’s ALL work to keep it that way”

Welcoming the campaign Mr Noel Brett said: “In Ireland excessive speed is directly responsible for one in three fatal collisions, over one half of all single vehicle collisions and is the primary contributor to vulnerable road user fatalities. Speed determines the outcome in 100% of crashes, whatever their cause. This is a law of physics. Higher speeds result in more severe injury. This is particularly true for occupants of light vehicles, when colliding with more heavy vehicles and for unprotected road users, such as pedestrians and cyclists when colliding with vehicles. Pedestrians have a 90% chance of surviving a car crash at 30 km/h or below but less than a 50% chance of surviving impacts of 50 km/h or above. My message is to slow down, don’t risk getting a fine, penalty points or worse and remember for the minuscule time savings it’s really not worth it.”