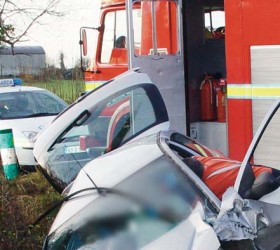 on Jan 6, 14 • by John • with Comments Off on Call for proper regulation of write offs


Vehicle History Expert Cartell.ie is calling on the Government to introduce legislation for the proper regulation of vehicle write offs. At present there are approximately 36,000 vehicles written off in Ireland every year. About 12,000 of those are never returned to the roads due to the extent of the damage incurred....
Pin It

Vehicle History Expert Cartell.ie is calling on the Government to introduce legislation for the proper regulation of vehicle write offs. 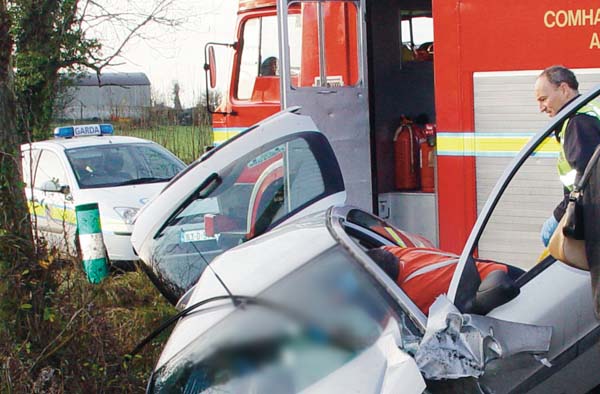 There are over 200,000 write offs in the Irish fleet at any time, and every year approximately 3,000 are designated as write offs for the second time in their life cycle – some will even be written off three or more times. Cartell estimates that at least 6 deaths occur per annum in vehicles which were previously written off.

This call for proper regulation follows the aftermath of the tragic story in the UK of Sadie McGrady, six years of age, who died in her Mother’s Vauxhall Corsa, which was a previously written-off-and-repaired vehicle – unknown to the family. Calls in the UK for tighter regulation of previously written off vehicles, in the wake of the McGrady case, also ring true for the Republic of Ireland where regulations are already far behind their UK equivalents. [Sadie McGrady story reported by the BBC here: http://www.bbc.co.uk/news/uk-wales-north-east-wales-23688743]

Vehicles written off by an insurer and returned to the road (24,000 vehicles per annum) may not be as safe as before the incident. Furthermore, the vehicle may leave occupants particularly vulnerable where expensive repair items such as airbags may not have been refitted, or may not have been refitted correctly. An accident will have deformed the metal via heat and mechanical deformation. In cases where the chassis of the vehicle needs to be re-aligned, the re-alignment process can leave the car structurally vulnerable. Any structural welds can change the properties of metal and may make it more brittle in certain areas. Worse still, these defects may only manifest themselves in a subsequent impact, by which time it is obviously too late for vehicle occupants.

Cartell.ie says the the National Car Test (N.C.T.) is not designed to detect structural defects in a vehicle. Therefore, Cartell.ie says a new testing procedure, regulated by Government, for write offs is urgently needed, and should be implemented without delay. Such a system of regulation should unify the definitions for vehicle write-offs in Ireland, using the ABI (Association of British Insurers) Category system, which is designated as follows:

Category A: Scrap only – The vehicle has not been repaired following extreme damage. It was deemed too damaged to be repairable with little or no salvageable parts.

Category B: The bodyshell should have been crushed.  The vehicle has not been repaired following significant damage. It was deemed too damaged to be repairable however did have salvageable parts.

Category C: This vehicle was repairable, but the repair costs exceeded the vehicle value. The insurer chose not to repair for economic reasons.

Category D: This vehicle was repairable, but the repair costs were significant compared to the vehicle value. The insurer chose not to repair for economic reasons.

The Government should also prevent serious write-offs (category A or Category B) from returning to the road – by obligating insurers to notify the Government of all write offs.

In 2007, Cartell released a report to Government which showed that a significant number of serious write offs, Category A and Category B vehicles, had returned to roads despite the assessment of automotive engineers, working for an Irish insurer, that the vehicles should never again return to the road. That report resulted in an initiative by the Department of Transport to track down those vehicles and attempt to take them off the road as well as an accompanying initiative to encourage insurers to notify the Department where vehicles are designated as Category A or Category B.

In 2008, Cartell released a report to Government which showed that a significant number of UK write-offs were being imported into the State without undergoing any sort of inspection. These were then sold onto unsuspecting members of the public. Today there are over 40,000 UK write-offs in the Irish Fleet.

In response to the 2008 report the government mandated the NCT to check all UK imports from 2010. However this is only a visual inspection and these written off vehicles should be fully inspected.