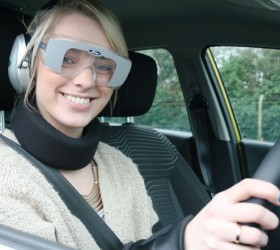 
Ford has developed a “Drink Driving Suit”, that impairs visibility, co-ordination and balance at a time when more than half of young drivers in Europe report either driving while drunk or have seen friends drink and drive. A survey commissioned by Ford, of 5,000 drivers aged from 18 to 24 also showed that 32 per...
Pin It

Ford has developed a “Drink Driving Suit”, that impairs visibility, co-ordination and balance at a time when more than half of young drivers in Europe report either driving while drunk or have seen friends drink and drive. 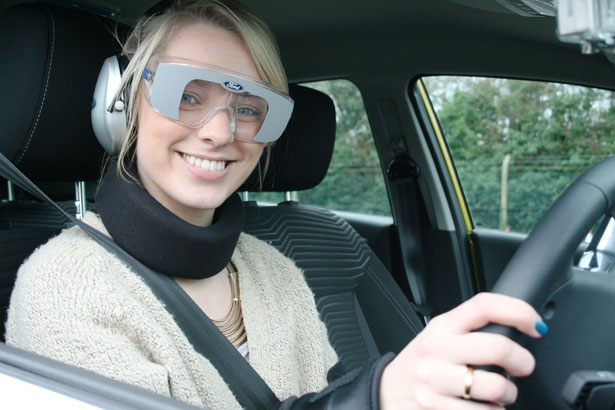 A survey commissioned by Ford, of 5,000 drivers aged from 18 to 24 also showed that 32 per cent reported having accepted a ride from a driver who was under the influence of alcohol, and 66 per cent did not know the legal alcohol limit for driving in their country.*

Ford commissioned the poll to better understand the habits and attitudes of young drivers regarding drinking and driving. The survey of drivers from France, Germany, Italy, Spain, and the U.K., showed that young men from Spain (74 per cent) were the most likely to have driven while drunk, or seen friends drink and drive, ahead of young men from Germany (65 per cent), and France (64 per cent). Overall 26 per cent of those who admitted they had driven while drunk believed they could still drive safely.

“Drinking and driving is a potentially lethal combination and the results of this survey underline the importance of making young drivers in particular aware of that message,” said Eddie Murphy, Chairman and Managing Director of Ford Ireland. “Here in Ireland, a survey on behalf of the Road Safety Authority has shown that 87 percent of the Irish public say that drinking and driving is extremely shameful. In fact they say it’s more shameful than speeding or shop lifting. However, when you realise that a third of fatal crashes here have alcohol as a factor, there is obviously a significant minority who haven’t got the message that there is no safe level of alcohol to take when you are driving”

Consisting of tunnel-vision glasses; ear muffs, wrist and ankle weights; and padding to elbows, neck, and knees; the “Drink Driving Suit” makes even simple tasks – such as walking a straight line – much harder; and demonstrates how much more difficult a more complex activity like driving becomes under the influence of alcohol.

According to the European Commission, 25 per cent of all road fatalities in Europe are alcohol related, and alcohol is a leading contributory factor in fatal road accidents involving young drivers.**

“Ford’s ‘Drink Driving Suit’ is a clever way of enabling people who are sober to safely experience first-hand how significantly their abilities can be affected by alcohol,” Murphy said. “The suit means we can show people how much more difficult even simple activities become, as well as teaching them about the dangers of drinking and driving.”

Ford developed the “Drink Driving Suit” with scientists from the Meyer-Hentschel Institut in Germany, a company specialising in research into the effects of mobility impairment. Ford has also produced a “Third Age Suit” and a “Pregnancy Suit” to better understand the needs of older drivers and expectant mothers.

“People trying on the ‘Drink Driving Suit’ for the first time soon find that they struggle with everyday tasks they would usually take for granted – such as picking up a cup or dialling a telephone number,” said Gundolf Meyer-Hentschel, company founder and chief executive officer. “It provides a powerful way of reinforcing the serious message of what could happen when driving under the influence of excessive alcohol.”

Video of Ford Drink Driving Suit in use: http://youtu.be/6D4pj0ncDFE