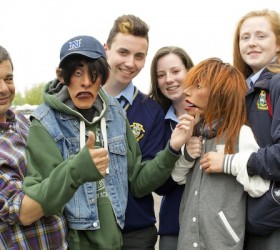 on May 2, 14 • by John • with Comments Off on Tyre company brings driver safety talks to Ireland


Leading tyre manufacturer Michelin has brought its ‘theatre in education’ series of safety awareness talks to Ireland.   Previously presented to students in Ballymena, home of the company’s 112 acre bus and truck production plant which employs some 1,100 people, the programme has now been extended to the...
Pin It 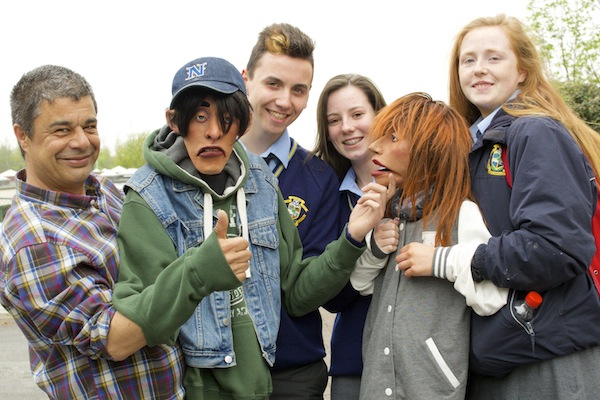 Previously presented to students in Ballymena, home of the company’s 112 acre bus and truck production plant which employs some 1,100 people, the programme has now been extended to the Republic of Ireland for the first time.

Critically acclaimed in reviews published by The Daily Telegraph and London Evening Standard, the talks are aimed at students approaching driving age. Using life-like puppets and other methods to help communicate the risks they will face, each talk was illustrated by stories of real youngsters whose lives have been affected by dangerous driving.

Highlighting the importance of young drivers taking responsibility for their own actions, students were given guidance on the dangers of peer pressure and how to resist it coupled with advice on how young people can become positive role models to their friends.

Special emphasis was placed on the importance of having a clean driving record when securing a job and staying in employment along with the risks attaching to the use of mobile phones and hand-held devices, in-car safety and the avoidance of distractions while walking and driving.

One worrying statistic brought to the fore in each talk was that, in the UK, being a car passenger is the most common cause of death amongst females aged 16 to 24.

Commenting, Donal O’Mahony, Assistant Principal at Portmarnock Community School said ‘students enjoyed the content which was presented in an innovative and memorable way.’  He went on to say that ‘teachers who were present were also impressed and engaged by the presentation’ and that he would have ‘no hesitation in recommending the Michelin Road Safety Talk to secondary schools in Ireland.’

Malahide, Portmarnock and Donabate students were the first in Ireland to receive the presentation which, it is hoped, will be followed by visits to other schools during the new academic year.

Puppet maker to Billy Elliot the Musical currently playing in London, Sydney, New York and elsewhere, presenter Steve Wright has delivered his talks to over 13,000 young people in 65 colleges throughout the UK. Last year, it won two prestigious national awards.