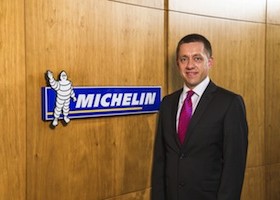 on May 14, 14 • by John • with Comments Off on Fleets urged to take action on tyre pressures


Tyre manufacturer, Michelin’s new Head of Fleet is calling on fleet managers to take urgent action over tyre pressures after figures revealed company car drivers are worse than private motorists at maintaining the correct inflation. Andy Fern, who took over running Michelin’s dedicated fleet team at the beginning...
Pin It 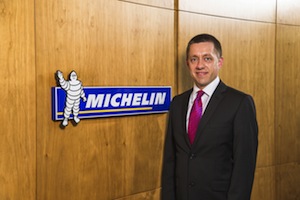 Andy Fern, who took over running Michelin’s dedicated fleet team at the beginning of this month, says he was shocked to discover businesses and public sector organisations have a poorer record of tyre pressures than the general public.

Results from pressure checks carried out by Michelin technicians at Fill Up With Air days throughout 2013 show 59 per cent of consumers’ tyres were being driven at the correct pressures compared with just 46 per cent of fleet drivers’ tyres.

“These figures are surprising to say the least,” said Fern, who has worked at Michelin for more than 15 years and now heads up a team of dedicated account managers who work closely with fleets to maximise the value of their tyres.

“Less than half of the business drivers we checked had all tyres at the correct pressures, and a quarter were running on tyres dangerously under-inflated. It’s quite incredible when you think about it.

“We would expect business drivers to be much more aware of how important tyre pressures are to the safety, efficiency and environmental performance of their vehicle.

“It’s hard to say whether it is a case of individuals ignoring fleet managers’ advice, or if the messages are not being given out frequently enough. I just don’t know. Either way, these figures show there is still a lot of work to be done in this area.

“I would like to think that the safety of drivers is of paramount importance, but these figures simply don’t reflect that. As everyone knows, tyres are a vehicle’s only contact with the road and it is essential they are well maintained, and that includes keeping a close eye on the pressures.

“And it’s not just safety, there are obvious financial implications. Under-inflated tyres cost much more in fuel, and will also need to be replaced more often.

“At a time when everyone is looking to squeeze the last penny of value from all resources, it seems crazy that so many drivers are wasting money in this way. Not least because there is such an easy fix!

“I think there are more compressors at petrol stations than in recent years, and tyre centres like ATS Euromaster and Kwik Fit will check and correct pressures free of charge. There are no excuses and shouldn’t be any barriers to everyone getting this right.”

Fern added: “If I could encourage all fleet managers to make one change for the second half of 2014 it would be to prioritise talking to your drivers about tyre pressures.

“Perhaps if employees were reminded more frequently about the multiple and substantial benefits of maintaining correct tyre pressures – improving safety, saving money and reducing carbon emissions – they would be more willing to make sure it is part of their routine checks.”