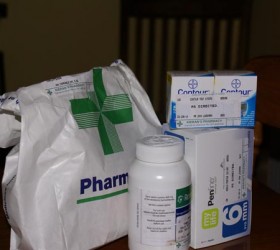 on Jun 25, 14 • by John • with Comments Off on Drivers clueless about dangers of over-the-counter drugs


A survey by Brake and Direct Line has found an alarming level of ignorance and complacency about the dangerous effects of many prescription and over-the-counter medications on driving, as one in six (17%) admit either ignoring warnings not to drive or not checking the label at all. The findings come as the pollen...
Pin It

A survey by Brake and Direct Line has found an alarming level of ignorance and complacency about the dangerous effects of many prescription and over-the-counter medications on driving, as one in six (17%) admit either ignoring warnings not to drive or not checking the label at all.

The findings come as the pollen count starts to soar at the start of the hayfever season, and hayfever medication is one of the most common drugs that can impair driving.

Many prescription and over-the-counter medications can impair your ability to drive safely, by causing drowsiness or affecting reaction times, coordination, concentration or vision. These include some hayfever medications, painkillers, antibiotics and cough and cold medicines [1].

Brake is urging all drivers to always check the label on their medication, and not to drive if it says your driving could be affected – if unsure, consult your doctor or pharmacist, and always err on the side of caution.

It is illegal to drive while unfit to do as a result of taking either legal or illegal drugs. As part of a new drug driving law set to come into force in autumn 2014, the Department for Transport believes roads will be safer by making it easier for the police to tackle those who drive after taking illegal drugs and clarifying the position for those who take medication [2].

A leading expert in this field, Maureen Jenkins, director of clinical services for Allergy UK, advises sufferers to seek out the latest available medications. She said: “second and third-generation antihistamines should always be chosen over the first generation antihistamines, which pass into the central nervous system, causing sedation. Tests and experimental studies on real driving indicate that it is advisable to avoid first generation medications for drivers [3]. If you’re in doubt about which is the latest available medication, ask your pharmacist or GP.”

Julie Townsend, deputy chief executive, Brake, said: “It’s not just illegal drugs that make you unsafe to drive; legal, over-the-counter and prescription drugs can make you a danger too, to yourself and others. This widespread lack of awareness among drivers is alarming, suggesting many are unwittingly posing a threat to safety on our roads. It’s a particular concern at this time of year, when huge numbers of people will be using hayfever medicines, some of which can be risky if you drive. All drivers have a responsibility to ensure they are fit to drive when getting behind the wheel, including not drinking alcohol, ensuring their eyesight is up to scratch, and making sure their medication is safe to drive on. If it isn’t, you need to stop driving or seek an alternative medication.”

Analysing the results further, Rob Miles, director of car insurance at Direct Line, commented: “With one in ten drivers admitting they have driven after taking medication that potentially affects their driving in the past year, it’s vital that they don’t drive while the medication is having an effect on their vision or reaction times. We’re calling on drivers to stay safe and take alternative transport if their doctor or medication instructions advise them not to drive.”

Facts
Many prescription and over-the-counter medications can impair your ability to drive safely, for instance by causing drowsiness or affecting reactions times, coordination, concentration or vision. These include some cough and cold medicines, anti-inflammatories, anti-histamines, antibiotics, antidepressants, epilepsy drugs and sleeping pills [4].

A study by the Transport Research Laboratory found that 5.2% of drivers and 4.1% of motorcyclists who die in road crashes had traces of medicinal drugs that could have affected their driving [5].

Brake’s advice
When taking any medication you should always check the label to see if it could affect your ability to drive. If the label says your driving could be affected, it could make you drowsy, or not to drive if you feel drowsy, then assume you could be impaired and don’t drive on it. If you are unsure if your medication could affect driving, consult your doctor or pharmacist. Never drive if the label or a health professional recommends that you don’t, or says you could be affected, or if you feel drowsy or slow.