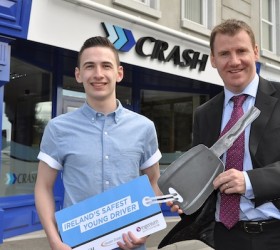 
A student from Armagh has beaten hundreds of other young drivers from across Ireland in a major, technology-backed competition to find the country’s ‘Safest Young Driver’. Using new, innovative ‘black box’ equipment to determine driving performance, skill and ability over 10 full weeks, Dean Zerai, an...
Pin It

A student from Armagh has beaten hundreds of other young drivers from across Ireland in a major, technology-backed competition to find the country’s ‘Safest Young Driver’. 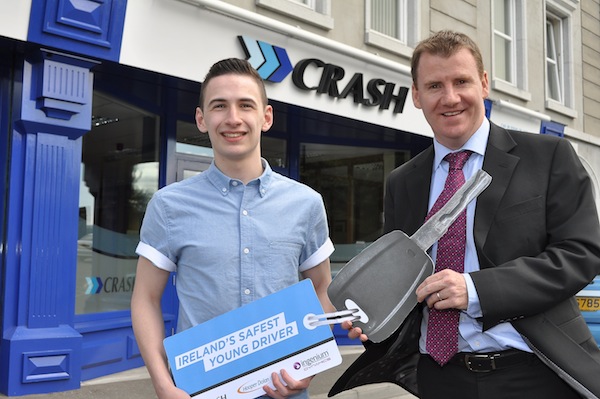 Using new, innovative ‘black box’ equipment to determine driving performance, skill and ability over 10 full weeks, Dean Zerai, an 18-year-old student from St. Colman’s College in Newry, made it safely home with the highest score among the 48 young drivers who made it to the shortlist.

Along with the island of Ireland’s top safe young driver title for his skills behind the wheel, Dean now gets to enjoy a full year of free motoring worth up to €4,000, which includes fuel, car maintenance costs and insurance.

Organised by leading accident services provider CRASH and supported by the Hooper Dolan Insurance Group as part of a major island-wide initiative aimed at raising road safety awareness among younger drivers, and demonstrating how new technology can help, the competition included entrants from right across Ireland who between them clocked an incredible 112,000 miles of monitored driving over the 10-week challenge.

However, Dean was not the only winner. Nicola Drought from County Tipperary and Gavin Buggy from County Dublin also scored highly, winning the two runner-up places behind Dean and were rewarded with a cheque for €500 each to put towards their motoring expenses.

Nicola, 20, who is studying at the University of Limerick, is from Tipperary, while Gavin, who is also aged 20, attends Dublin City University.

These safety-conscious young drivers also proved their skills using data collected by the Ingenium Dynamics technology which was specially-installed by CRASH in each of their cars.

Accepting his all-island title and top prize, Dean said: “To come out on top in a competition of this scale is hugely rewarding and I’m proud of what I have achieved. Being closely monitored by an in-car computer was a challenge at times but it did force me to maintain my focus, and with the results now in, I’m really pleased that my concentration has really paid off.”

Tony McKeown from CRASH said: “Young drivers are often unfairly labelled as potentially more irresponsible or unsafe on the roads and while there is still much work to be done in encouraging safer driving among this key group, we were thrilled by the overwhelming response from right across Ireland and the commitment these young people made to taking part.

“It just goes to show that our next generation of drivers are keen, willing and able to embrace safer driving right from the start – and that’s something to be encouraged.

“Using this innovative technology, Dean, Nicola and Gavin have proven beyond doubt that they were not only aware of the rules around safer driving but were extremely cautious and alert throughout. I would like to congratulate them all for what they have achieved.”

As the competition’s lead insurance partner, Hooper Dolan Group said it was keen to get behind the all-island initiative from the start.

Hooper Dolan Group Director, Cathal Lowe, said: “We believe they have all taken away valuable lessons in safe driving – lessons we hope they will continue to put into practice for many years to come.”