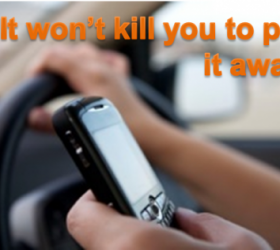 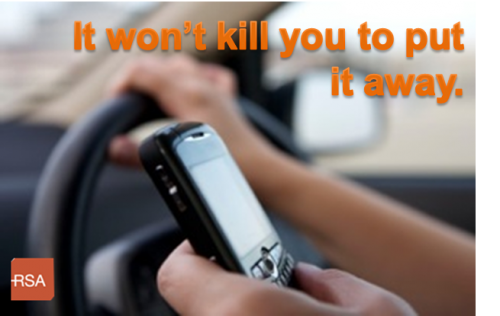 The ‘Change the Message – Change the Attitude’ campaign, running on Beat 102-103 for the first two weeks in August, encourages listeners to change their phone voicemail to say:

“I can’t take your call right now as I’m behind the wheel. Leave a message and I’ll call you later – ‘Change the Message – Change the Attitude’ with the Road Safety Authority”

Once the listener changes their voice message, they can text Beat 102-103 to let them know and be in with a chance of winning a prize of €100. Bringing a fresh approach to the issue of road safety, the campaign differs from conventional road safety campaigns by emphasising positive reinforcement through personal responsibility and accountability, showing that individuals can make a difference.

There have been over 20 road safety fatalities in the South East region this year alone* (see note to editor for further details) and Beat 102-103 is determined to change attitudes in any way that they can. As one of the leading youth radio stations in the country, Beat 102-103’s core audience comprises of listeners in the 15 to 34 year old age bracket and hence is in a position to positively influence young drivers to drive more carefully and ditch the mobile phone while driving.

Beat 102-103 Chief Executive and Programme Controller Gabrielle Cummins says: “The ‘Change the Message – Change the Attitude’ campaign represents a fresh approach in dealing with the issue of road safety by engaging community mobilisation and encouraging personal ownership of the road safety issue. The campaign aims to focus public attention on how dangerous it is to use your mobile phone while driving. This initiative encourages all road users to play their part and drive safely.”

Mr. Michael Rowland, Acting CEO of the Road Safety Authority, said: “We are really excited about this promotion with Beat 102-103. It’s a fun and novel campaign but at its heart is a very serious message – mobile phones and driving don’t mix. More importantly it’s about getting listeners to do the right thing and change their habits when it comes to mobile phone use and driving. As our campaign says it won’t kill you to put it away, but taking that call or sending that text message could.”

Celebrating its 10th year on air this year, Beat 102-103 pulls in 63,000 15-34 year olds daily in the South East region, double the number of daily listeners than Today FM and almost four times more than 2FM.