The recent ease in Covid-19 restrictions has cancelled out a rise in passengers on public transport, Irish Times reports. 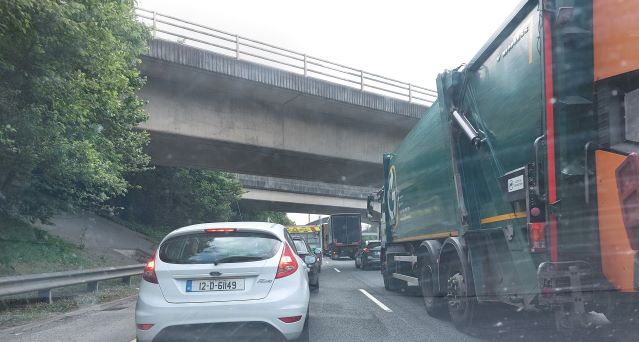 This past Monday (20th of September) saw no significant rise in traffic volumes on Ireland’s roads, with Transport Infrastructure Ireland (TII) reported a 2 per cent increase in traffic across the country.

It was also revealed that last week volumes on the M50 were back to at least 90 per cent of pre-lockdown levels.

Traffic going into Dublin on Monday the 20th showed the largest increase (11 percent,) when compared to last Monday, the 13th September.

Traffic on the M50 between the N3 Navan and N4 Galway roads rose just 2 per cent. The rise on the M1 at Dublin Airport was 3 per cent; on the M11, near Bray, there was a 5 per cent rise, but on the N7 at Citywest there was no increase or decline over last Monday.

Barry Kenny of Irish Rail said the increase was “about 2 per cent”, adding that with relaxation of restrictions the network tended not to see a “big bang effect”. Numbers would build slowly he said, with the expectation of a significant rise when colleges reopen. He said there were no longer any capacity restrictions but passengers were required to wear a face mask.

Spokespersons from both Luas and Dublin Bus said there was a marginal increase in commuters, with Dublin Bus adding that the company is expecting to be busier with the return of third-level institutions in coming weeks.